It describes the mental process of trying to cope with mobbing (mental harrassment), going burned-out, followed by being fired.

It was an attempt to close a chapter and to continue life.

All the photos had already been made over the past 25 years, it was 'just' a matter of putting the right words with the existing photographs...

The feed back was overwhelming and a start of another story.......(read below) 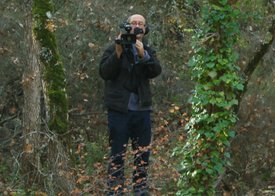 This French documentary about Elske was made by film maker Michael Snurawa back in 2012-2015.

He used her photoseries 'Train de Vie' as a red line in this movie.

It has won the prize for BEST REPORTAGE 2015 at the National Filmcontest in Vichy of the FFCV..

And it won the FIRST PRIZE in a contest of Southern France in April 2015 (Ventabren).

It has been added to the National Library of France in Paris.

'Stop Making Jam!' has been shown several times in the Vaucluse, followed by interesting discussions.

The film can be seen on a dedicated website, with subtitles in English and Dutch + with more background: 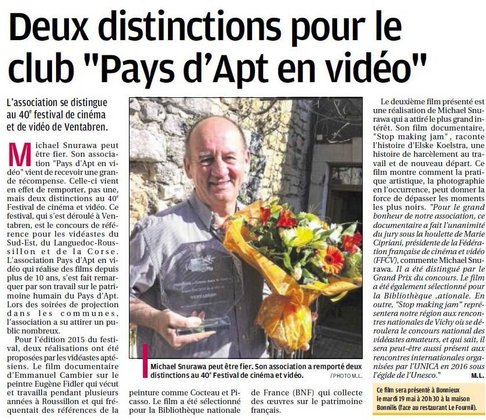 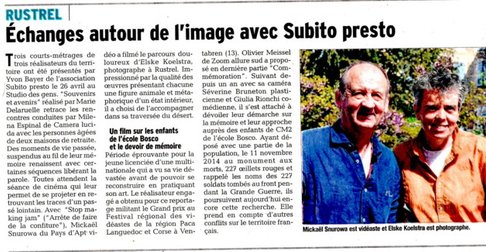 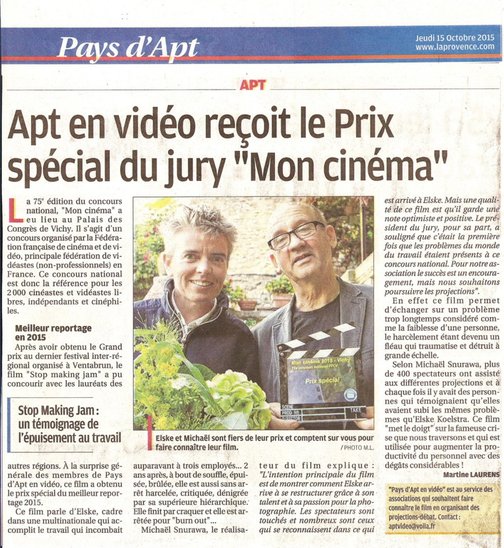 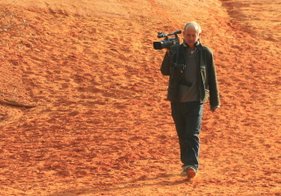 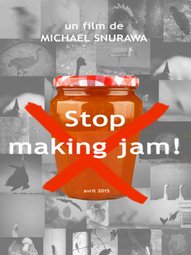 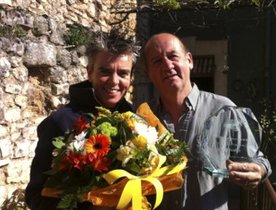